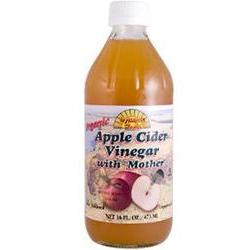 Indulging in yummy treats such as ice cream and soda to cool you down can cause undigested carbs to travel through the intestines, where they fuel the growth of  gas-producing bacteria.  The fix?  Organic apple cider vinegar.  Mix one tablespoon of the vinegar to a cup of water and sip it before meals; it will reduce gas flare ups significantly.  The credit goes to its malic and tartaric acids, which jump-start digestion so carbs break down before they reach the intestines.
apple cider vinegar excess gas health benefits