The saving account: an essential financial provision in an uncertain economy

July 13, 2012
The importance of funding a saving account to act as a financial safety net is not a new idea in personal financial management – the idea of developing a rainy day fund has been passed down through generations of prudent women.  The current economic climate has only strengthened the argument that saving up for significant purchases – rather than borrowing - is an essential philosophy for those that wish to avoid budgeting problems.  As you will see when you look at the saving account options offered by high street bank Santander, there are several different types of vehicle currently on the market which are designed to hold and grow your money. 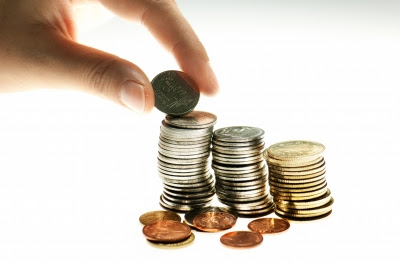 Following the turn of the millennium, low interest rates in both the U.S. and Europe produced something of a frenzy of borrowing, for both private individuals and businesses.  This cheap credit produced growth in the world economy, but also gradually built up an unsustainable level of debt.  While the repackaging of so called ‘sub-prime’ mortgage lending in the US was one of the initial triggers for what turned out to be a global financial crisis in 2008, it could be argued that this unfortunate scenario was just one of many potential bubbles that were waiting to burst.

The sovereign debt and banking system crisis which now threatens the very existence of the current Eurozone – and therefore the health of the entire world economy - has been fueled by many different and inflammatory problems.  However, unsustainable debt is the root cause of this strife.

The low interest rates prevailing in both the US and Europe look set to be maintained for the medium term, as governments try to encourage economic growth.  While it can make sense to invest savings in long term projects, such as home improvement, during times when a saving account can only deliver modest growth, the most important thing for the average modern family is not to get any further into debt.

Perhaps one qualifier - to the advice that developing savings is the way forward - is to first make sure that you have a grip on the nature and extent of any current debt.  In general terms, debt tends to be more expensive than savings accounts are productive, and so clearing expensive debts before committing significant cash to savings is usually the most cost effective way forward.  The use of balance transfer deals should always be considered as a way of moving expensive debts into low interest or interest free credit accounts.  The aim should always be to then clear the balance during the deal period, thus making sure that the minimum of repayment goes towards servicing interest.  For more information about this and other debt issues, try looking here: http://www.moneysavingexpert.com/loans/debt-help-plan.