August 02, 2012
My cousin’s boyfriend of six years turned 30 last night and she spent three months planning a surprise party for him. My aunt, his mother and my cousin connived to make this special day a success and cousin Belinda eagerly anticipated the look on his face when he sees his family and friends gathered at their favorite restaurant. When he walked through the door of Bel’s chosen venue, we could tell that while he did feign surprise, he knew something was brewing inside. Bel quickly suppressed her disappointment, determined as she was not to ruin the special night but she wondered how he knew that we had prepared a celebration for him.

A quiet man, my cousin did not expect that he would stand up before dinner was served to thank everyone who came to celebrate the occasion with him. Then he began talking about a website http://www.whiteflash.com at which he described as the answer to his prayers. Bel was puzzled but she kept quiet, eager to hear what he had to say. He went on to describe how his mother pushed him to view site where engagement rings were sold. At their mention, she felt that she is being unceremoniously pulled from her chair and pushed next to where her love stood talking. He dropped down on one knee and presented her with a crimson box. Then he opened the box and she took her first glimpse of the most exquisite tiffany style solitaire ring set in a simple platinum band with seven smaller diamonds adorning each side. 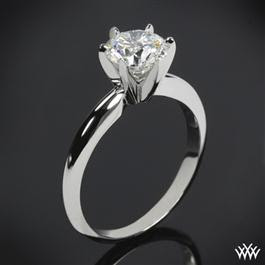 Still on one knee, her love proposed as tears streamed down her face. She later told us that she vaguely remember that at that point, everyone was on their feet clapping and cheering. Waiters were busily pouring champagne in glasses that had somehow appeared in their guests’ hands. Bel was paralyzed. She could not think, move, nor speak. The room suddenly fell quiet, everyone waiting for her answer. As if from a distance, she heard her love repeat his question. Unable to speak, she nodded her answer and the room cheered and clapped. Her love held her in a tight embrace and then they kissed. The clapping and the cheering grew even louder. Then she heard her love ask her once again, “Are you sure?” And she loudly said, “I am.” 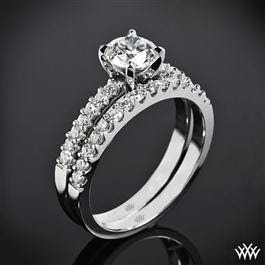 The clinking of a hundred champagne glasses brought them both out of our world into the real world. His uncle raised his glass and delivered a rather clumsy toast to the newly engaged couple. After gulping down the champagne in his glass, his Uncle Alex rather called on to the waiters to bring in the food post-haste as everyone was getting hungry. On cue, the waiters came in and started laying down the first course on to the tables.

Bel's love led her to their table where their parents sat around them. The two mothers started chattering excitedly but Bel could not hear them. She was still in shock from the unexpected proposal. She could not get her eyes of her engagement ring. She was dazzled by the myriad specks of light emanating from the huge solitaire diamond and she knew her love had spent a fortune to give her this special surprise on his 30th birthday. Bel planned to surprise him but he turned the tables on her and surprised her with his proposal. Bel knew in her heart that before she goes to bed much later, she would be browsing through the website which her soon-to-be-husband had gushed about before giving her the best surprise of her life.
engagement rings wedding wedding bands