Searching for the Right Design for Anna’s Ring

October 12, 2012
Helping out my nephew pick out a diamond ring for his wife Anna has been taking up most of my Saturdays of late. They are celebrating their 10th anniversary in a few months and I had been giving Andrew some background as to what makes a good diamond to help him choose the diamond that fit his budget and his purpose. We had gone as far as visiting my favorite jeweler, Hugo who gave him a more in-depth lesson into what to look for in diamonds. For the first time, Andrew saw up close what blemishes and inclusions in diamonds looked like and how they affect the clarity of the diamond.

After our field trip to my jeweler’s showroom, I asked him to check out Sugar Land Jewelry once again and check out the various jewelry stores that the website had reviewed. Then I instructed him to check out the online catalogue of these establishments so he would have an idea of the designs and styles of rings there are in the market. I knew the catalogues would also help him determine what would fit Anna’s lifestyle best instead of him choosing a ring which suited his taste. It was a point he appreciated because it had not occurred to him that his wife might actually want a different design than what he liked.

Browsing through the website, he came upon a visual presentation of the diamond clarity scale.  He found it very helpful because after seeing the diamonds in Hugo’s collection, he was able to put into perspective the different grades that Hugo had discussed with him. Thus, he now had a better idea what he should be seriously looking when we finally make a choice for the diamond that would be fit into Anna’s ring.

He eagerly browsed through the online catalogues of the different jewelry stores reviewed by Sugar Land. Earlier on he had determined that his personal choice would be a three-stone diamond engagement ring. But my point about choosing what Anna would want and not what he wants drove home. So as he browsed through the myriad collections in the online catalogues, he considered the design that would fit Anna’s lifestyle. He took into consideration the fact that she has a very active social life. Moreover, Anna was often required to oversee the many formal parties and gatherings held in the hotel where she worked. Thus, while he liked the simpler designs, he realized that a ring that would be flashier would be more in keeping with the type of events she needed to attend. 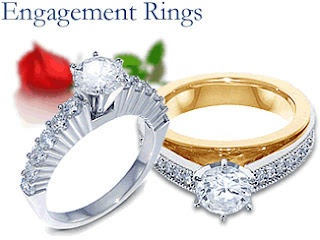 At the end of his journey, Andrew came up with two design styles which he felt would both be practical choices for Anna’s activities. The halo design would make a diamond look bigger than its actual size because the center diamond would be surrounded by smaller diamonds. If the sides of the ring would also be adorned with even smaller diamonds, then the ring would definitely look grander than its actual carat weight. The second choice was still the three-stone diamond ring which is simpler but would also make her finger shine bright but in a less flamboyant way than the halo diamond ring.
diamonds engagement rings jewelry