Fastest Way to Become Cooler: Get a Motorcycle

Whenever one is stuck in a traffic jam and a bike crosses the traffic jam like an open road, one can hide as much as one wants, but one feels envious of the biker since motorcycling looks much cooler than driving a car. Driving a motorcycle wearing a signature leather jacket, a curved fashionable helmet, biking gloves makes one looker as cool as Beckham on a Bonneville. It does not really matter what kind of motorcycle does the person own, but that person gets associated with an adventure lover. 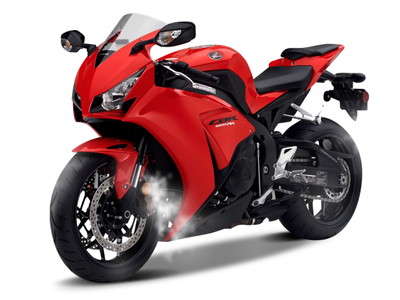 Girls around the world love that about a person. But people do not think that about anyone in a car. That’s the difference between a person with a car or a motorcycle. Riding a motorcycle involves concentration on various things like speed, balance, horns, noise, and mechanics. So the people riding motorbikes are in a different league. If one wants to start riding a motorcycle, around the town or specific on a trip, one should start with a small displacement motorcycle. It is not about the money, purchasing a high power high torque motorcycle seems so tempting, but if one has never ridden a motorcycle before it can be really dangerous and confusing if the bike also has too many features and options.

The first step towards owning a motorcycle is to decide what kind of motorcycle one wants. There are generally three types of motorcycle: simple, cruiser or sport. As a beginner it is advised to go with simple or cruiser type of bike because they are easier to control than sports bikes. The difference between these bikes is that the simple, also known as standard bikes and cruiser bikes are easier to ride around town and on occasional trips to the mountains while sports models belong to as the name suggests to the tracks. Only the most experienced bikers should ride sports bikes on the streets because it makes quicker turns on corners which can be challenging to control for a beginner biker.

One crucial part of owning the motorcycle that comes with it is its need for maintenance. Although modern day bikes require less maintenance than the bikes that were available in the 19th century, they still need more maintenance than a regular car. So in order to become a complete biker it’s really important that one has a clue on how to work on their bikes and what really needs to be done in terms of replacement of parts and maintenance of the bike.

One should be able to do at least simple changes and replacements in his bike. The more one cares and maintain his bike, the longer bike will last. Long are gone the days when only one could get a replacement from bike parts from service centres, now a days one can easily go on the internet and find online Honda parts house, atv parts or motorcycle oem replacement parts.

Bikebankit.com consists of a complete Honda parts house where one can find any part that they require for better functioning of their bike. Authentic and high quality finished motorcycle oem replacement parts can also be purchased at a discounted price from BikeBandit.com.
Honda parts motorcycle